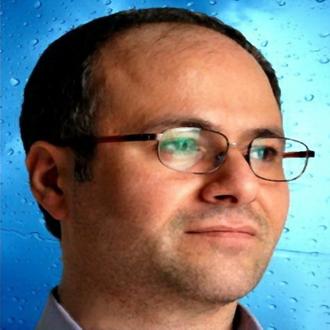 CAMBRIDGE, MA – May 31, 2017 – DragonflEye, a program announced in January, has liftoff. DragonflEye is a drone that uses live dragonflies to fly. It was created by researchers at Draper and Howard Hughes Medical Institute at Janelia Research Campus. The dragonfly wears a tiny backpack fitted with electronics, sensors and a solar cell. A light source charges the solar cell, which powers the backpack.

The smaller a drone gets, the more places it can be easily flown. But while many researchers have been trying to tackle the monumental challenge of building drones that look and behave like tiny insects, a new approach has engineers giving Mother Nature’s existing creations drone-like upgrades.

The biggest hurdle with building tiny drones that can fly almost anywhere is powering them. A small flying craft is only strong enough to carry a small battery, which dramatically limits its flight time. But somehow that mosquito in your tent while camping can buzz your ear for hours on end before refueling—on you.

We can only make electronics so small, though, so upgrading a mosquito isn’t currently feasible. But a dragonfly? Researchers at Charles Stark Draper Laboratory and Howard Hughes Medical Institute have created something they call DragonflEye: a remote control drone built on a living dragonfly.
The dragonfly has been upgraded with a collection of tiny sensors that will eventually let it collect data, or make readings, in places where humans can’t safely go. Tiny onboard solar cells power the DragonflEye’s electronics, which includes a unique technology that allows a pilot to remotely control where the insect flies.

The dragonfly used here has been genetically engineered with what the researchers call “steering neurons” inside the creature’s spinal cord. By inserting light-sensitive genes similar to those found in an eye, the DragonflEye can be controlled using pulses of light transmitted using custom-designed optical structures that are more flexible than fiber optics. The advantage to this approach is that other neurons in the dragonfly aren’t affected (or damaged) in the process, allowing it to fly with far more agility than even our most advanced drones.

The video released yesterday shows the DragonflEye taking its first flight, albeit in a straight line as the researchers are still perfecting its unique control system. But they’re confident their creation will eventually be able to take to the skies with almost as much maneuverability as a dragonfly without cyborg upgrades.

But aside from creating what could be the ultimate spy tool, the technology powering the DragonflEye could be adapted for use in humans who suffer from reduced mobility or movement as a result of issues with their nervous system or spinal cord. These researchers aren’t yet promising to miraculously make people walk again, but their work on using light to stimulate signals in the nervous system could potentially have innovative medical uses as well.
Charles Stark Draper Laboratory via New Atlas